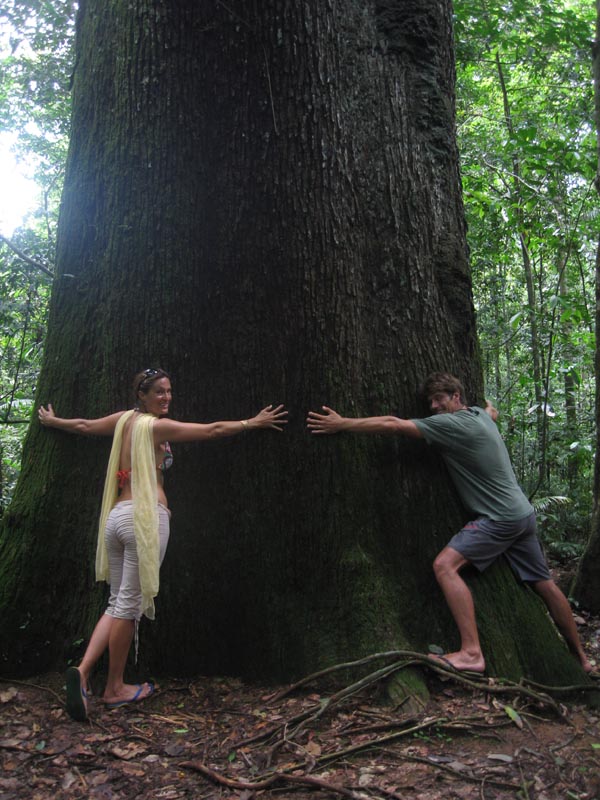 © Frank Pope – exploring the southern part of the Amazon and loving the trees!

At long last we’ve gone on honeymoon in Brazil – two years late, but it’s heaven!  With the Amazon basin to explore, the madness of carnaval in Salvador and the possibility of riding on horseback with the indigenous cowboys of the Pantanal, this is the one place I’ve wanted to come all my life.  Yet for some reason my father took against it, and in my teen traveling days I was forbidden to go.  I think he was afraid that if I went to Brazil I’d never come back, and in hindsight he was probably right!  Then life and work got in the way … but now that I’m safely married with a wonderful husband as company, there’s no stopping us.

At the edge of the Amazon near Alto Floresta we took a small boat to Cristalino Jungle Lodge up a black water tributary, several degrees cooler than the milky tea “white” of the main drag – every second is a metre further into untouched forest – gusts of cool air, birds skimming the water surface, and trees cascading over the banks.   We’re told it’s safe to swim despite the piranhas!  Apparently they only attack if they’re trapped in small pools of water and are very hungry.  When you open your eyes underwater it’s like swimming through blood – an effect of the tannin run-off in the soil.  I resurface panting in fright, my mind running riot with things that will eat me – monster-fanged dorado, electric eels, caimans, piranha and those nasty little fish that swim up into your bladder.  But due to the alkalinity/acidity of the water this aquatic ecosystem is very different from the white rivers and curagiu aren’t found here.

Every day we ask to be dropped off way upstream and then float slowly back to camp in inner tubes, swimming in the black water for hours, and drifting silently to spy on caimans, saki monkeys, spider monkeys, red-handed howlers, brown capuchins, and colourful bursts of toucans and macaws that flash through the trees.  Definitely the best swims of my life.  On the last night we sleep up in a tree-hide, enthralled by the song of the forest, then hear the splashing footsteps of a tapir beneath us.  Pure magic.  The trees are magnificent – we taste edible saps and the bitter bark of quinine. 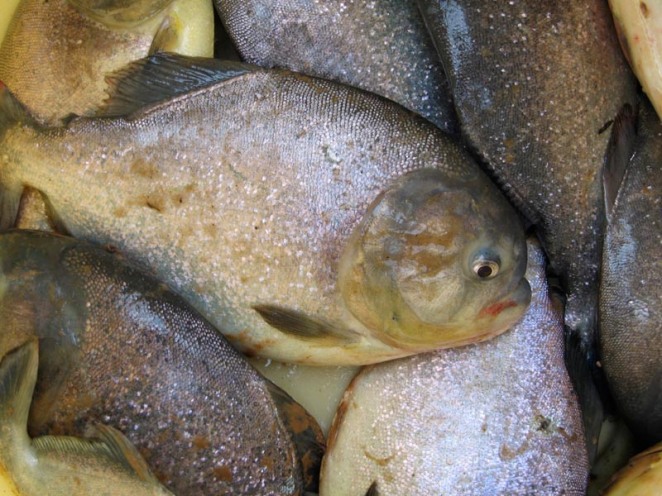 The only piranha we actually come across are those served up for dinner in the Pantanal.  Our hosts, genuine Pantaniero cowboys, have set up the first indigenously-owned Jaguar Lodge, rapidly gaining a reputation as one of the best places to see jaguar.  But the mosquitoes in Nov/Dec are horrendous, so beware!

Mozzies aside, the area is redeemed when we explore the Cuiaba river and soon come across a beautiful male jaguar on the river bank simply watching the world go by.  What more can I say!

After the many years I’ve spent filming big cats in Africa, meeting this jaguar took my breath away.  It was the absolute highlight.